Note: IRS regulations are published first in the Federal Register, initially as proposed regulations, and later in final form as Treasury Decisions. They are eventually codified in Title 26 of the CFR, which is comprised of the regulations interpreting the IRC.

Treasury Regulations (26 C.F.R.), commonly referred to as Federal tax regulations, pick up where the Internal Revenue Code (IRC) leaves off by providing the official interpretation of the IRC by the U.S. Department of the Treasury.

The IRS publishes a list of the official documents explaining any changes to the Treasury regulations, or to announce the issuance of any proposed or temporary ones:

OR under "My Quick Links," click on Find Federal Code & Regs: 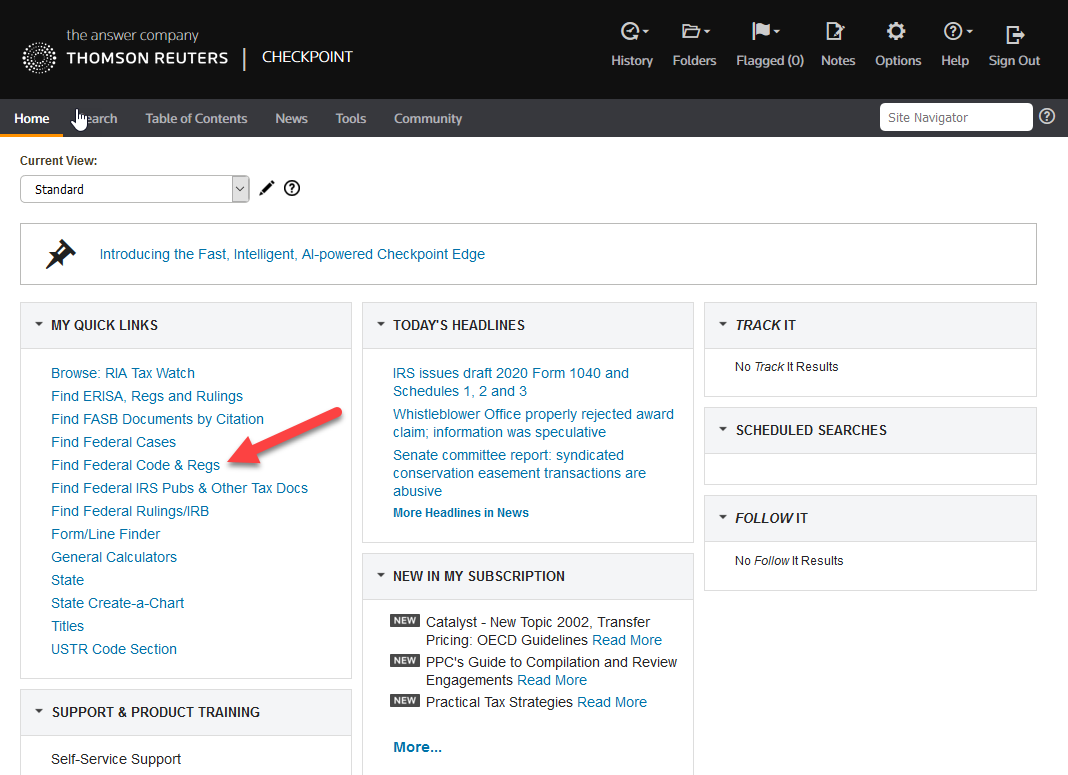 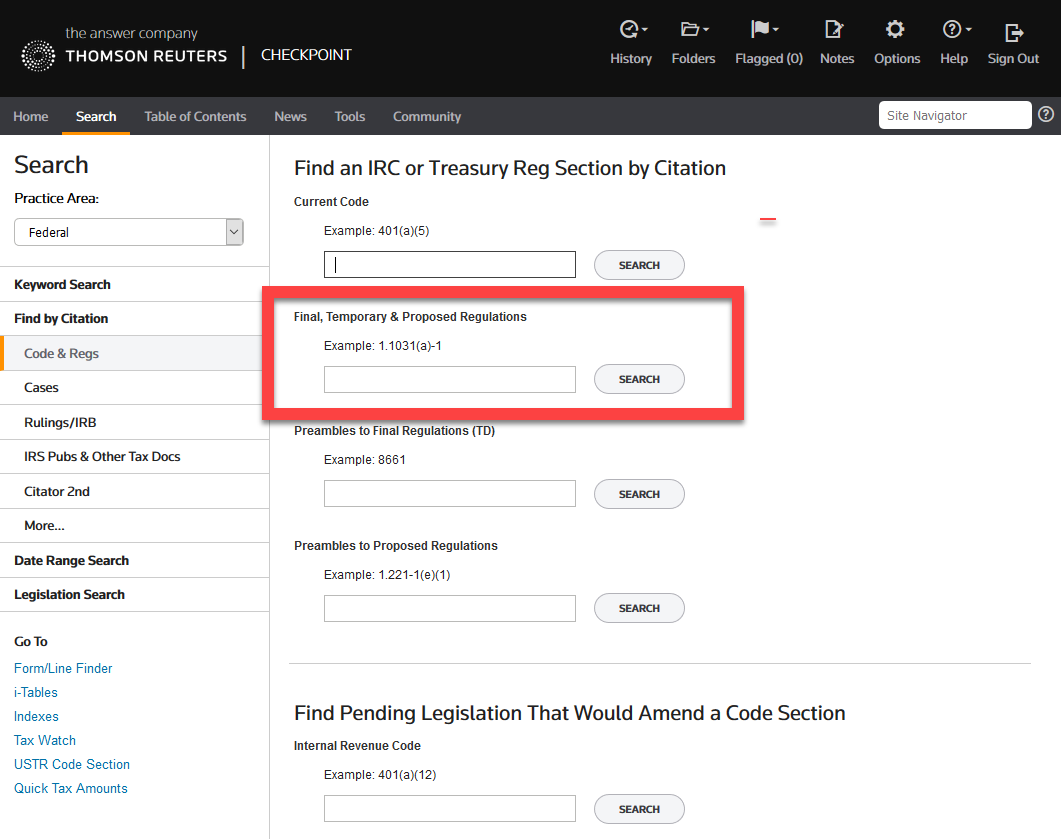