Here is a direct link to the current listing of Political Science databases available through Maag and OhioLink.

The class will meet at the Maag Library Instruction room 406 on Thursday January 23.

This  is a labor intensive project you are encouraged to visit your Political Science Librarian's office to discuss your paper. You can call 330-941-1719 or email him at rdault@ysu.edu to arrange your meeting.

Mr. Ault  is usually in the library from 9 to 4 Monday through Friday.   Often he is at Maag  for the Thursday hours are 1 to 9 P.M.  A whiteboard on his office door indicates his schedule changes and his phone has voice mail.

He looks forward to discussing your assignments with you.

Steven Colbert wants you to remember "You're On Notice! 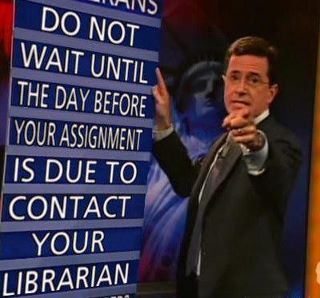 The departmental website (http://web.ysu.edu/class/polisci) is your "mothership"  for important links and information on your major.

Ash and Smoke: The Holocaust in Salonika 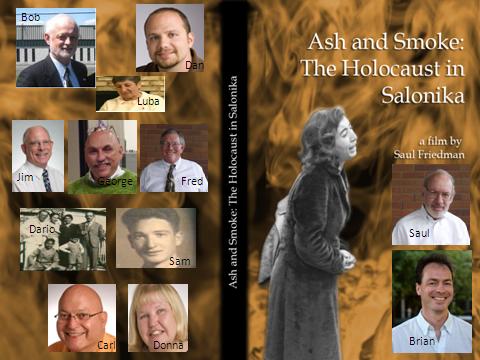 A joint effort of YSU’s Maag Library, History Department and the Department of Media & Academic Computing, this one hour documentary was broadcast by Public Television’s  Western Reserve Public Media  during the 2011-12 season and was rebroadcast in 2013. It may also premiere on WGTE in Toledo. Here is a preview.

This Jambar article discussed the creation of the program. It was featured at the Youngstown Area 2012 Jewish Film Festival and all proceeds from purchased copies  will go to Dr. Saul  Friedman's Scholarship fund for history students studying the Holocaust.  Dr. Friedman died March 31, 2013.

The order form is below and can be mailed to:

Center for Judaic and Holocaust Studies

Ash and Smoke  may also be borrowed from the Maag Library's MultiMedia Center, Call number  DVD 0432.