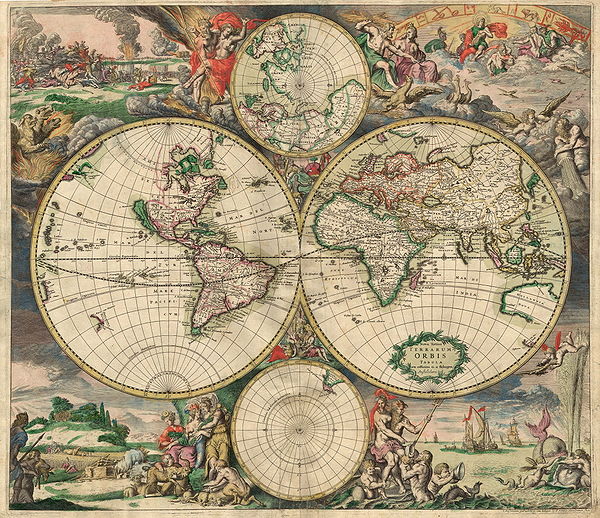 Maag Library provides access to books and articles on World History in a variety of formats. The resources and tips on this page can help you locate the resources you need. For additional assistance, please contact me directly.

Use these resources for definitions of historical terms or general information.

The Oxford Dictionary of the Renaissance Ref CB361 .C27 2003
A unique A-Z reference surveying all aspects of the Renaissance in Europe. This volume contains an immense breadth of information with over 3,000 entries covering an extensive spectrum of topics including art, literature, science, culture, philosophy, religion, economics, history, and conflict. Includes 100 black-and-white illustrations.

A Dictionary of Nineteenth-Century World History Ref D356 .D53 1994
This useful resource provides overviews of the cultural and artistic developments of the period and includes bibliographical references and index.

Dictionary of East European History Since 1945 Ref JV6465.E53 2000
This reference tool provides basic, up-to-date information on the events and background that led to the crisis in Eastern Europe and covers all of the countries that formed the colonial empire of the Soviet Union–Albania, Bulgaria, Czechoslovakia, the German Democratic Republic (East Germany), Hungary, Poland, Romania, and former Yugoslavia. The volume includes helpful maps and photographs of key figures and scenes of everyday life.

Larousse Dictionary of World History Ref D9 .L33 1994
This is a single-volume comprehensive dictionary of world history includes 7,500 entries arranged alphabetically. It includes brief definitions or explanations of events, individuals, and, to a far lesser degree, movements and concepts.

World History : A Dictionary of Important People, Places, and Events from Ancient Times to the Present Ref D9 .W47 1994.
A revision of the Concise Dictionary of World History, this volume includes more than 10,000 entries in a convenient A-to-Z arrangement. There are also 135 historical outlines or chronologies that contain another 7,000 items.

A Dictionary of Twentieth Century History: 1914-1990 Ref D419 .T44 1992
This reference work provides in-depth coverage of the major historical figures and events of the last century. Over 2,500 entries span political, diplomatic, and military history offering both fact and analysis of these areas.

Dictionary of Historical Terms Ref D9 .C67 1991
This book contains 2,000 concise and in-depth descriptions of historical phrases, names, and their meanings, including the origins of the terms and the historical context in which the term was originally used. It does include some foreign terms and phrases.

Encyclopedia of the Cold War Ref D843 .A668 1994
Called “a truly out-standing reference work on the Cold War,” this reference resource includes every event, place, and person associated with this period’s long history. Alphabetically arranged entries cover all major (and many minor) players, and explanations are given of important events during the period. Each entry concludes with a brief bibliography.

The Encyclopedia of the Holocaust Ref D804.25 .E53 2000
Combining essays with encyclopedia entries, this reference work offers student and adult researchers a comprehensive look at the Holocaust. The encyclopedia contains more than 650 alphabetical entries covering famous, infamous, and unfamiliar people; places, events, and concepts. The volume includes 300 captioned black-and-white photographs, a day-by-day chronology from 1933 to 1945, a bibliography arranged by subject, and an index.

The Harper Encyclopedia of Military History : From 3500 BC to the Present Ref D25 .D86 1993
This completely revised and updated chronologically arranged compendium covers armed conflicts since 3500 B.C. Includes line drawings of weapons and battle formations, 174 maps that enable users to follow the narrative descriptions of battles, a selective bibliography, and an index divided into three parts: “General Index,” “Index to Wars,” and “Index of Battles and Sieges.”

Historic World Leaders Ref D412 .H57 1994
This five-volume set provides substantial biographies of 622 world leaders representing all time periods and regions of the world. The set is arranged geographically, covering Africa, the Middle East, Asia, and the Pacific in Volume 1, Europe in Volumes 2 and 3, and North and South America in Volumes 4 and 5. The biographical profiles are enhanced by a portrait, chronology, and bibliography of the subject. Included for each area are a brief timeline and simple black-and-white historical maps as well as a chronological listing of political leaders for each country.

Encyclopedia of Russian History Ref DK14 .E53 2004
This encyclopedia, compiled by over 500 contributors, provides more than 1,500 entries encompassing more than 1,000 years of Russian history, from the formation of Kievan Rus in the mid-ninth century to the present-day Russian Federation. Entries are arranged alphabetically. Types of entries include those for people, places, events, and other subjects of historical interest. Includes an index.

Worldmark Encyclopedia of the Nations Ref G63 .W67 2004x
This tenth edition offers four volumes on the continents plus one on the United Nations and a new volume on world leaders. Each continent volume contains alphabetically arranged chapters describing about 200 countries and dependencies. Each chapter contains a wide variety of information on 50 topics, including population, topography, history, government, media, and a bibliography.

The Columbia Companion to British History Ref DA34 .H64 1997
Covering 2,000 years of British history in 850 pages, this comprehensive work contains 4,500 dictionary entries that not only cover political and constitutional history, but also provide information on social, economic, religious, military, naval, legal, and cultural history. Special features include a list of all kings and queens of England and Britain along with a list of prime ministers with their dates and nine line drawn maps that include topics such as “Growth of the British Empire,” “Tribal Britain,” and “England and Wales during the Time of the Romans.”

The  Oxford Encyclopedia of Medieval Warfare and Military Technology Ref U37.094
Three-volume set examines all aspects of warfare and  military technology in medieval times, especially in Europe, the Byzantine Empire, and the Crusader States between 500 CE to 1500.

The Oxford Dictionary of the Middle Ages Ref D114.094
A major new reference resource for all key aspects of European history, society, religion, and culture from circa 500 CE to circa 1500 CE. Relevant aspects of the Byzantine Empire, the Islamic dynasties, and Asiatic are included.

The Oxford Encyclopedia of the Reformation Ref BR302.8 .O93 1996
450 scholars have produced 1200-plus articles on standard figures and topics covering religious life in sixteenth-century Europe. Each entry is accompanied by a useful bibliography. The work is arranged into 10 broad categories: Sites, Regions, Polities; Historical Events; Religious Groups and Movements; Ecclesiastical Institutions; Creeds, Confessions, Texts; Theology; Social History; Popular Religion; Biographies; and Reformation Studies. Each of these categories is subdivided geographically.