All I Want is the Truth 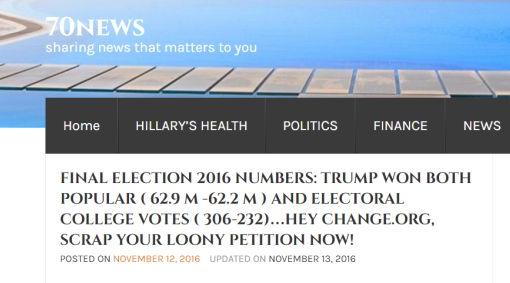 Researchers not only have to verify their sources when writing a paper. Now you have to be even more wary of recent online stories.  A case in point:

Eric Tucker, a 35-year-old co-founder of a marketing company in Austin, Tex., had just about 40 Twitter followers. But his recent tweet about paid protesters being bused to demonstrations against President-elect Donald J. Trump fueled a nationwide conspiracy theory — one that Mr. Trump joined in promoting.

Mr. Tucker's post was shared at least 16,000 times on Twitter and more than 350,000 times on Facebook. The problem is that Mr. Tucker got it wrong. There were no such buses packed with paid protesters.  But that didn't matter.

While some fake news is produced purposefully by teenagers in the Balkans or entrepreneurs in the United States seeking to make money from advertising, false information can also arise from misinformed social media posts by regular people that are seized on and spread through a hyperpartisan blogosphere. Tucker added, “I’m also a very busy businessman and I don’t have time to fact-check everything that I put out there, especially when I don’t think it’s going out there for wide consumption.”

Fake Or Real? How To Self-Check The News And Get The Facts

The following link to a Wikipedia article points out that while deliberate falsehoods have always been published and spoken, the speed of the internet creates unprecedented challenges for governments and their citizens seeking credible information.

An Expert Explanation of the Birther Movement and the Art of the Big Lie:

All this was inspired by the principle—which is quite true within itself—that in the big lie there is always a certain force of credibility; because the broad masses of a nation are always more easily corrupted in the deeper strata of their emotional nature than consciously or voluntarily; and thus in the primitive simplicity of their minds they more readily fall victims to the big lie than the small lie, since they themselves often tell small lies in little matters but would be ashamed to resort to large-scale falsehoods.

It would never come into their heads to fabricate colossal untruths, and they would not believe that others could have the impudence to distort the truth so infamously. Even though the facts which prove this to be so may be brought clearly to their minds, they will still doubt and waver and will continue to think that there may be some other explanation.

For the grossly impudent lie always leaves traces behind it, even after it has been nailed down, a fact which is known to all expert liars in this world and to all who conspire together in the art of lying. 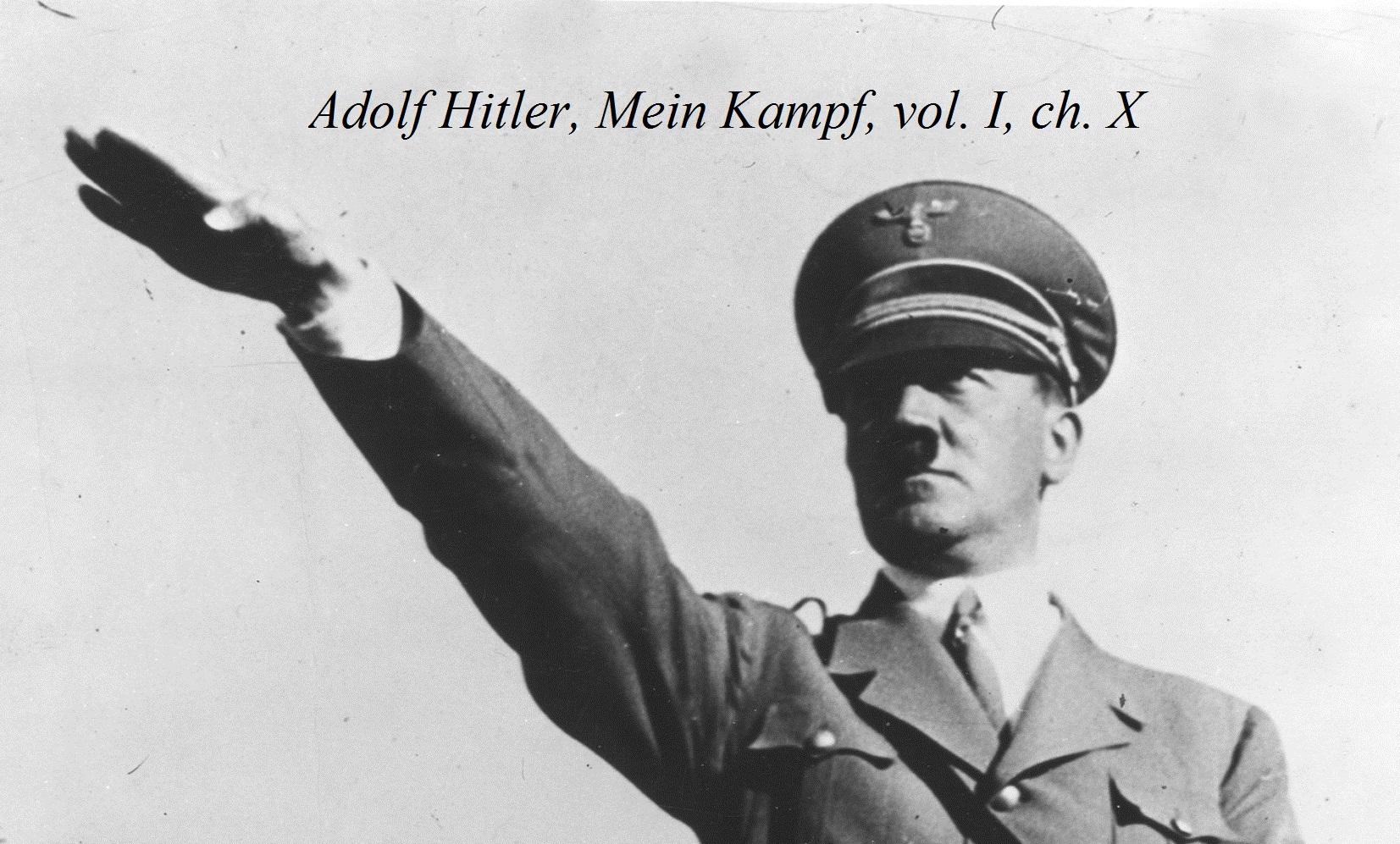