The Times of London Resources: Times(London)

Accessing local and online issues of the oldest continuous newspaper in the world.

Exploring the Times of London

The Times of London at Maag Library

Maag Library has the complete collection of the world’s oldest continuous newspaper, The Times. The United Kingdom’s premier paper started publication in London in 1785 as The Daily Universal Register. It has been officially titled The Times since 1788. Outside of Great Britain, it is often referred to as the Times of London, to help differentiate it from the the host of papers around the world (New York Times, Irish Times, Times of India, etc.) that were named in its honor as the standard for fine journalism. The paper remains a valuable resource for not only European studies, but as Woodrow Wilson once said “You will never know international politics unless you read the London Times.” The same could be said for business, education, humor, and literature.

The Maag Microform Center holdings start in 1785 and continue through 2011. The microfilm collection also includes sister publications such as the Sunday Times(with the Sunday Times Magazine), Times Literary Supplement, Times Educational Supplement and The Higher.

To view recent and today’s Times, visit their website. timesonline.co.uk

The complete paper index from 1785 to 2011 is in the Microform Center Guides and Indexes.

To find an article in the Times from 1785 to 1995, search the the archive at the online version http://archive.timesonline.co.uk/tol/archive/ . A limited number of articles can be viewed there. You may purchase articles from them OR use the citation to find the article in our microform collection and the copy it for free either on paper or digitally.

For example, suppose you wished to research foreign reaction to the American Civil War’s opening battle, the attack on Fort Sumter. Using the Times Archive and limiting to the year the war started 1861, retrieves 158 search results.

You may purchase the first article, “Indignation at the attack” from the Times directly, OR go to the Microform Center and print out a paper copy. You can also create a digital copy featured below which if read carefully can have easily been written in 2001 instead of 1861.

"But something more has been demanded by the hot blood of the American youth."

How to Make a Copy of Microform Materials
Copies of articles from the Times of London may be obtained from our three reader/printers. They are available on a first come first serve basis and can be utilized with self service or with staff assistance.
Everything Old is New Again!  Digital Microform Copier Available  in Maag Microform Center
Think green!  Use our  digital microform reader/printer to save microform images of a newspaper article to a disk, jump drive, or e-mail it to yourself.  Most of the one million items in  the Microform Center can be accessed in this manner.  Stop by the Microform service desk if you need assistance or a demonstration.

Scanning a microform image to our PC. 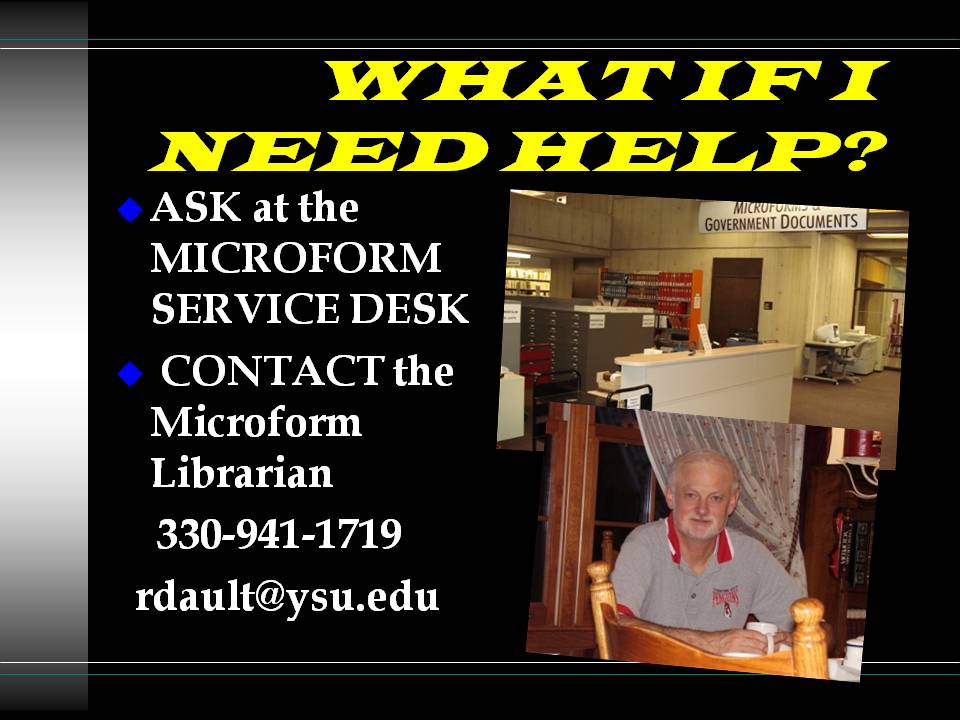