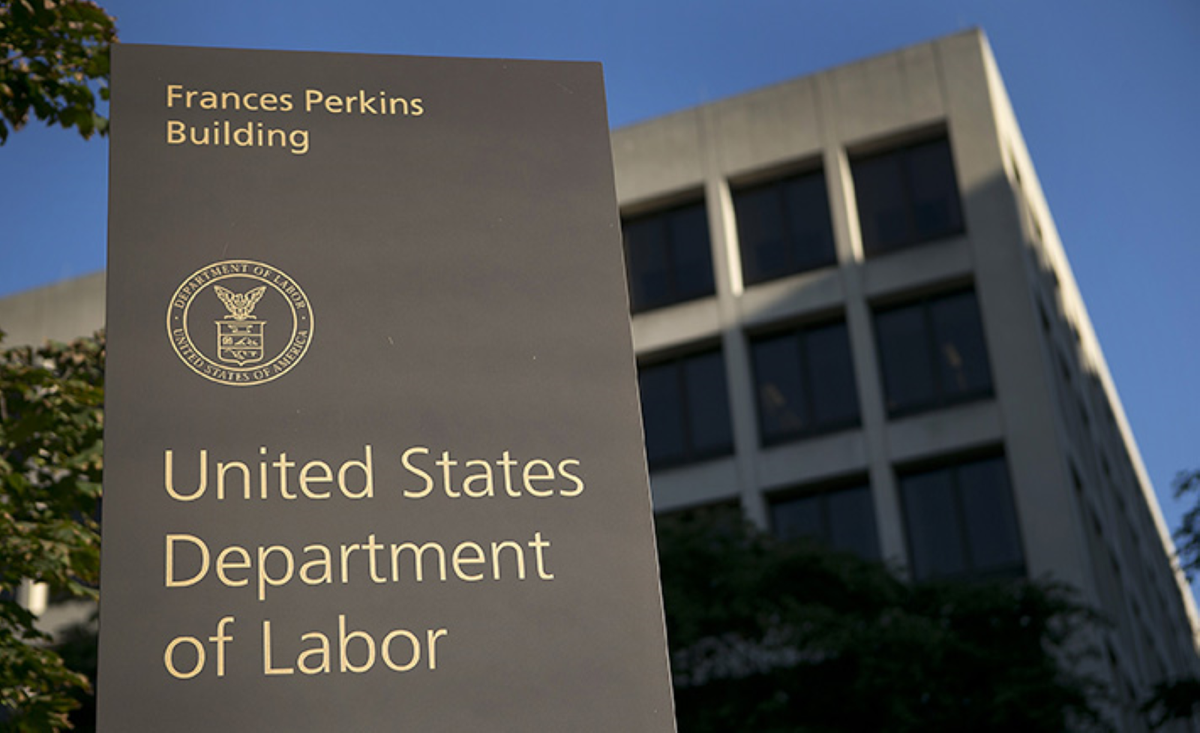 Office of the Assistant Secretary for Administration & Management

Office of the Chief Financial Officer

Office of the Solicitor

Department of Labor: Mission: To foster, promote, and develop the welfare of the wage earners, job seekers, and retirees of the United States; improve working conditions; advance opportunities for profitable employment; and assure work-related benefits and rights.

Administrative Review Board: ARB issues final agency decisions in cases arising from worker protection laws, including whistleblower and public contract laws. The Secretary of Labor has granted authority and assigned responsibility to the Board to issue final agency decisions after review or on appeal of matters arising under a wide range of employee protection laws. The jurisdiction of the Board includes, but is not limited to, the following areas of law: environmental, transportation, and securities whistleblower protection; temporary immigration programs; child labor; employment discrimination; job training; and federal construction and service contracts. The Board’s cases generally arise on appeal from decisions by Department of Labor Administrative Law Judges or determinations by the Administrator of the Department’s Wage and Hour Division. Depending upon the statute at issue, parties may appeal the Board’s decisions to federal district or appellate courts and ultimately to the United States Supreme Court. The mission of the Board is to do justice under the law by rendering legally correct and well-reasoned appellate decisions in a timely and efficient manner, treating all those who come before the Board fairly and impartially.

Benefits Review Board: created by Congress in 1972 to review appeals of administrative law judges’ decisions arising under the Black Lung Benefits Act, Title IV of the Coal Mine Health and Safety Act, 30 U.S.C. §901 et seq., and the Longshore and Harbor Workers’ Compensation Act, 33 U.S.C. §901 et seq., and its extensions, including the Outer Continental Shelf Lands Act, 43 U.S.C. §1331 et seq., the Defense Base Act, 42 U.S.C. §1651 et seq., and the Nonappropriated Fund Instrumentalities Act, 5 U.S.C. §8171 et seq. The Board has authority to resolve appeals under these statutes, filed by any party-in-interest, which raise a substantial question of law or fact, and it reviews the decisions of administrative law judges in order to determine whether the findings are supported by substantial evidence and are in accordance with law. The Board’s decisions may be appealed to the U.S. Courts of Appeals in the circuit where the injury arose, and from there to the U.S. Supreme Court. The Board, by statute, consists of five Members appointed by the Secretary of Labor, one of whom is designated as Chairman and Chief Administrative Appeals Judge.

Bureau of International Labor Affairs: ILAB's mission is to promote a fair global playing field for workers and businesses in the United States and around the world by enforcing trade commitments, strengthening labor standards, and combating international child labor, forced labor, and human trafficking.

Employee Benefits Security Administration: EBSA is committed to educating and assisting the nearly 154 million workers, retirees and their families covered by approximately 722,000 private retirement plans, 2.5 million health plans, and 885,000 other welfare benefit plans holding approximately $11.1 trillion in assets; as well as plan sponsors and members of the employee benefits community. EBSA balances proactive enforcement with compliance assistance and works diligently to provide quality assistance to plan participants and beneficiaries. It is the policy of EBSA to provide the highest quality of service to its customers.

Employees' Compensation Appeal Board: The Board's mission is to hear and decide cases on appeal from decisions of the Office of Workers' Compensation Programs in an impartial and expeditious manner. The decisions of the Board are made in accordance with its statutory mandate, based on a thorough review of the case record as compiled by OWCP. Injured federal workers have the opportunity for a full evidentiary hearing with OWCP's Branch of Hearings and Review prior to review of the record by the Board.

Mine Safety & Health Administration: MSHA helps to reduce deaths, injuries, and illnesses in the nation's mines with a variety of activities and programs. The Agency develops and enforces safety and health rules for all U.S. mines, and provides technical, educational and other types of assistance to mine operators. MSHA works cooperatively with industry, labor, and other federal and state agencies to improve safety and health conditions for all miners in the United States.

Occupational Safety & Health Administration: With the Occupational Safety and Health Act of 1970, Congress created the OSHA to ensure safe and healthful working conditions for working men and women by setting and enforcing standards and by providing training, outreach, education and assistance.

Office of Congressional & Intergovernmental Affairs: OCIA serves to advance the Secretary’s mission promoting the DOL to policymakers both in Washington and throughout state and local governments. OCIA assists the Secretary, Deputy Secretary, agency heads, and departmental staff to develop effective programs and strategies to achieve the Department's legislative goals and objectives. OCIA also coordinates with Departmental leadership to educate policymakers about the Department's programs and federal labor issues.

OCIA Functions: OCIA is the DOL's liaison to Congress and other governmental entities. In this capacity OCIA’s main responsibility is communicating the Department’s priorities and policies. This effort is accomplished by:

Office of Disability Employment Policy: ODEP is the only non-regulatory federal agency that promotes policies and coordinates with employers and all levels of government to increase workplace success for people with disabilities. ODEP's mission is to develop and influence policies and practices that increase the number and quality of employment opportunities for people with disabilities.

Office of Federal Contract Compliance Programs: OFCCP protects workers, promotes diversity and enforces the law. OFCCP holds those who do business with the federal government (contractors and subcontractors) responsible for complying with the legal requirement to take affirmative action and not discriminate on the basis of race, color, sex, sexual orientation, gender identity, religion, national origin, disability, or status as a protected veteran. In addition, contractors and subcontractors are prohibited from discharging or otherwise discriminating against applicants or employees who inquire about, discuss or disclose their compensation or that of others, subject to certain limitations.

Office of Inspector General: OIG conducts audits to review the effectiveness, efficiency, economy, and integrity of all DOL programs and operations, including those performed by its contractors and grantees. This work is conducted in order to determine whether: the programs and operations are in compliance with the applicable laws and regulations; DOL resources are efficiently and economically being utilized; and DOL programs achieve their intended results. The OIG also conducts criminal, civil, and administrative investigations into alleged violations of federal laws relating to DOL programs, operations, and personnel. In addition, the OIG conducts criminal investigations to combat the influence of labor racketeering and organized crime in the nation’s labor unions in three areas: employee benefit plans, labor-management relations, and internal union affairs. The OIG also works with other law enforcement partners on human trafficking matters.

Office of Labor-Management Standards: OLMS administers and enforces most provisions of the Labor-Management Reporting and Disclosure Act of 1959 (LMRDA). LMRDA primarily promotes union democracy and financial integrity in private sector labor unions through standards for union officer elections and union trusteeships and safeguards for union assets. LMRDA promotes labor union and labor-management transparency through reporting and disclosure requirements for labor unions and their officials, employers, labor relations consultants, and surety companies. OLMS also administers provisions of the Civil Service Reform Act of 1978 and the Foreign Service Act of 1980, which extend comparable protections to Federal labor unions. OLMS does not have jurisdiction over unions representing solely state, county, or municipal employees. In addition, the Division of Statutory Programs (DSP) administers DOL responsibilities under the Federal Transit Act by ensuring that fair and equitable arrangements protecting mass transit employees are in place before the release of Federal transit grant funds.

OFFICE OF THE ASSISTANT SECRETARY FOR ADMINISTRATION & MANAGEMENT (OASAM)

Office of the Assistant Secretary for Policy: OASP provides advice to the Secretary of Labor, Deputy Secretary of Labor, and Department leadership on policy development, program evaluation, regulations, program implementation, data governance, compliance strategies, research, and legislation that will improve the lives of workers, retirees and their families.

OFFICE OF THE SOLICITOR (SOL)

Office of the Solicitor: SOL mission is to meet the legal service demands of the entire DOL. As the Secretary of Labor and other Department officials seek to accomplish the Department's overall mission and to further specific priorities, the SOL provides legal advice regarding how to achieve those goals. In doing so, SOL ensures that the nation's labor laws are forcefully and fairly applied to protect the Nation's workers.

serve the specific employee groups who are covered under the relevant statutes and regulations by mitigating the financial burden resulting from workplace injury.

The Office of the Ombudsman has three primary responsibilities:

Pension Benefit Guaranty Corporation: PBGC protects the retirement incomes of over 34 million American workers in private sector defined benefit pension plans. A defined benefit plan provides a specified monthly benefit at retirement, often based on a combination of salary and years of service. PBGC was created by the Employee Retirement Income Security Act of 1974 to encourage the continuation and maintenance of private sector defined benefit pension plans, provide timely and uninterrupted payment of pension benefits, and keep pension insurance premiums at a minimum.

Veterans Employment & Training Service: VETS mission is to prepare America's veterans, service members and their spouses, for meaningful careers, provide them with employment resources and expertise, protect their employment rights and promote their employment opportunities.

Wage & Hour Division: WHD enforces federal minimum wage, overtime pay, recordkeeping, and child labor requirements of the Fair Labor Standards Act. WHD also enforces the Migrant and Seasonal Agricultural Worker Protection Act, the Employee Polygraph Protection Act, the Family and Medical Leave Act, wage garnishment provisions of the Consumer Credit Protection Act, and a number of employment standards and worker protections as provided in several immigration related statutes. Additionally, WHD administers and enforces the prevailing wage requirements of the Davis-Bacon and Related Acts and the Service Contract Act and other statutes applicable to federal contracts for construction and for the provision of goods and services.

Women's Bureau: WD develops policies and standards and conducts inquiries to safeguard the interests of working women; to advocate for their equality and economic security for themselves and their families; and to promote quality work environments.